Stanley Kubrick was born in 1928 into a middle-class Jewish family in the Bronx. Though he was not raised in a religious family, Kubrick grew up immersed in a strongly Jewish context. [1] The West Bronx, where his father Jacob Kubrick was a physician, was home to a growing Jewish middle class in the 1920s. Here, Kubrick first encountered many of the Jewish people who would have profound influences on his film career. This included Marvin Traub, who introduced Kubrick to photography; Alexander Singer, cinematographer for Kubrick’s first film Day of the Fight; Gerald Fried, who composed the score for his first five films; writer Howard Sackler, who wrote an early screenplay for Kubrick; and Weegee, the tabloid crime photojournalist, who was born Arthur Fellig. In 1949, Kubrick moved to Greenwich Village where his proximity to a generation of young Jewish writers, like Howard Sackler and Paul Mazursky, influenced his early screenwriting and directing.


Kubrick was in alignment with alternative iconoclasts of the 1960s like comedians Mort Sahl, Lenny Bruce, and Mad magazine’s Harvey Kurtzman and William Gaines. Kubrick was a part of their company: his films “engaged with the same dilemmas and explored the same paradoxes…reflecting the concerns of the post-Holocaust world.” [2]

Film scholars, historians, and many of Kubrick’s Jewish colleagues who worked on films with him argue that Jewishness formed the foundation of Kubrick’s filmmaking, what George Steiner referred to as “the pride and the burden of the Jewish tradition.” [3] The impact of Jewish thought, values, and cultural experience—particularly in Kubrick’s generation that was born in a period of anti-Semitism in the United States and grew up during the Second World War—are evident in major themes as well as in subtle hints and allusions. “The people in his films are caught in the web of a world of great threat and danger, evocative especially of the world of fascism, war, and mass murder that Kubrick himself first observed as a child, youth, and young adult.” [4] Further, his characters often invite identification as Jews, either played by Jewish actors or read as Jewish characters. These include Kirk Douglas in Spartacus and Paths of Glory, Tony Curtis (Spartacus), Peter Sellers (Lolita and Dr. Strangelove), Shelley Winters (Lolita, who three years prior starred in The Diary of Anne Frank), and characters like The Shining’s Jack Torrance (played by Jack Nicholson); and Eyes Wide Shut’s Victor Ziegler (played by Sydney Pollack).[5]

In his studies of Kubrick’s history and films, Geoffrey Cocks posits that the director’s singular obsession is the “breakdown of rational systems.” Cocks reads these systematic breakdowns of rationality as a contemplation of the Holocaust and the atrocities of the Final Solution. [6] Likewise, Kubrick’s executive producer Jan Harlan has more generally suggested that Kubrick’s recurring interest in all of his films is in the terrible things humans do to one another. In 1975, Kubrick asked Harlan to read Raul Hilberg’s The Destruction of the European Jew and in 1980, sent a copy to writer Michael Herr, who noted that it was “a complete log of the Final Solution.” [7]

The films discussed below are those for which specific arguments have been made that reveal strong Jewish influence or have been interpreted as Jewish stories. Not included is Kubrick’s last film, Eyes Wide Shut, an adaptation of the Austrian Jewish author Arthur Schnitzler’s Traumnovelle.


Spartacus (1960)
Three of the film’s principle agents were Jewish: Kubrick, writer Howard Fast, and star and producer Kirk Douglas. As well, Jewish composer Michael Fried and designer Saul Bass worked on the film production. In Fast’s novel, on which the screenplay was based, the last slave crucified by the Romans is a Jew. Though written out of the film, this literary gesture serves to imply that many Jews were among the slaves of the Roman Republic and speaks to Kirk Douglas’ desire to base the film on Fast’s book. [8]

While there is nothing overtly Jewish about the generic gladiator story, “the concerns of the film appear to accord with narratives and concepts collectively remembered in Jewish ritual and literature over millennia: enslavement, freedom, compassion, justice, brotherhood, a love of learning, a longing for home, catastrophe, lamentation.”[9]


Dr. Strangelove or: How I learned to Stop Worrying and Love the Bomb (1964)
Cocks argues that in alignment with his Jewish heritage, Kubrick uses “laughter as a historically safe means of criticizing authority.” [10] Dr. Strangelove himself, for example, is a former Nazi.” [11] Played by Peter Sellers, who likewise portrays Dr. Zempf in Lolita, these characters specifically parody Nazi authorities, representing one of Kubrick’s only direct critiques or addresses of World War II.

Abrams proposes that Dr. Strangelove’s incorporation of Jewish characters draws a comparison between the nuclear holocaust and the Jewish Holocaust. A series of note cards written by Kubrick during preparation for the film provides strong indication that the director was consciously thinking about this association. Further, given that Dr. Strangelove is Kubrick’s only film in which he adds overtly Jewish characters to his adaptation, Jewish influence on the film is indeed significant.

2001: A Space Odyssey (1968)
Jan Harlan argues that 2001: A Space Odyssey is Kubrick’s most Jewish film. Kubrick has acknowledged that the God concept is the central theme of the film. [12] In 1972 Kubrick explained, “2001 would give a little insight into my metaphysical interests…I'd be very surprised if the universe wasn't full of an intelligence of an order that to us would seem God-like. I find it very exciting to have a semi-logical belief that there's a great deal to the universe we don't understand, and that there is an intelligence of an incredible magnitude outside the earth. It's something I've become more and more interested in. I find it a very exciting and satisfying hope." [13]


The Shining (1980)
The Shining has long enticed various readings and interpretive theories, and both Abrams and Cocks argue that it is layered with Jewish references. Exploring the film’s allusions to the Holocaust, Cocks maintains that it is an “indirect mediation on the Nazi Final Solution.”[14] There is a history of the horror film genre being used to convey social and political critique. In his essay on Jews in horror films, scholar Lester Friedman notes that “horror films may contain powerful social attacks that ‘serious’ films cannot hope to duplicate and deliver their message to an audience not usually inclined to watch ‘morally uplifting’ social dramas.”[15]

Cocks’ book, The Wolf at the Door, outlines the many ways—both subtle and overt—that The Shining references the Holocaust. He argues that the subtext of the film positions the Holocaust as the modern benchmark of evil. For example, Cocks decodes the repeated scene in which blood pours from the elevator door as a reference to genocide. Further, the number 42—the year of the Nazi Final Solution—appears in numerous instances throughout the film. As Abrams argues, the narrative of the film mirrors Abraham’s “binding,”—known as the Akedah—the instruction to journey to Mount Moriah and sacrifice his son.

Aryan Papers (unfinished, 1993)
One of Kubrick’s unfinished projects, Aryan Papers is the only film Kubrick worked on that directly addressed the Holocaust. As Michael Herr recalls from a phone conversation with him, Kubrick said, “what he most wanted to make was a film about the Holocaust, but good luck putting all of that into a two-hour movie.” [16] For more than 20 years, Kubrick researched his Holocaust film. In 1991, Kubrick returned to the idea after reading Louis Begley’s semi-autobiographical book Wartime Lies about a Jewish boy and his aunt in Warsaw who survive the war. He bought the rights to Begley’s novel and adapted it to a screenplay titled Aryan Papers. Eventually Warner Brothers canceled Aryan Papers for fear it would not do well in the box office. 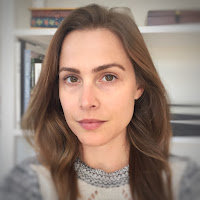 Kathryn Wade is a curator based in San Francisco. She has organized exhibitions at institutions including the Wattis Institute for Contemporary Arts, the Katz Snyder Gallery at the Jewish Community Center of San Francisco, and The Contemporary Jewish Museum. Wade has contributed research to exhibitions including Stanley Kubrick: The Exhibition (The CJM, 2016) and International Pop (Walker Art Center, 2015). In 2014-15, she was a curatorial intern at The CJM and co-curated the 2015 Dorothy Saxe Invitational: Tzedakah Box. She earned her MA in Curatorial Practice at California College of the Arts and BA at Macalester College in St. Paul, MN.