Showing posts from October, 2014
Show all

The Man Behind the Camera—Arnold Newman: Masterclass 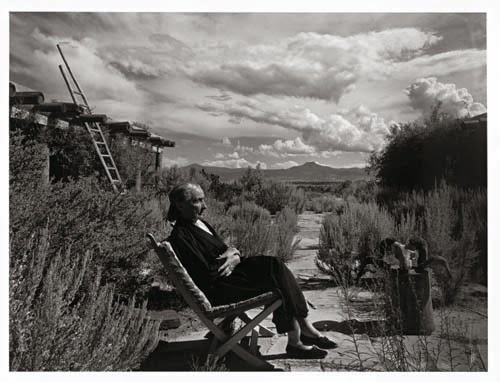 Arnold Newman, Georgia O’Keeffe, painter, Ghost Ranch, New Mexico , 1968. Gelatin silver print © 1968, 22 5 / 8 x 28 1 / 8 in. Arnold Newman/Getty Images.  Considered one of the twentieth century’s major portrait photographers, Arnold Newman (1918–2006) took photographs that captured the artists, writers, celebrities, politicians, and businessmen that shaped the world during his long career. Well known for his perfectionism, he would meticulously craft his photographs both at the sitting and in the darkroom. However, this rigorous process often meant that in publications and exhibitions of his work, it was nearly impossible for a curator or editor to prevail against Newman’s strong opinions. Because he wanted to show work he felt was most impressive, figures who were no longer well known such as businessmen, as well as landscapes, cityscapes, and abstractions were often omitted from documentation of his work.
Post a Comment
Read more

Music Playlist of Past and Future Music Live at The CJM 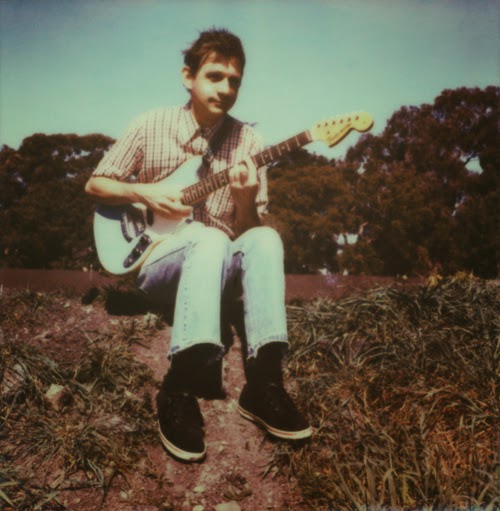 The Contemporary Jewish Museum features live music every month in the Yud Gallery, our sound space. We began and will continue our quarterly after-work happening, Night at the Jewseum, which features art-making, music, drinks, and noshes. With the recent opening of Hardly Strictly Warren Hellman, The CJM will be activated through live music, featuring bands and acts that have performed over the years during the Hardly Strictly Bluegrass Festival. Listen to previous performers and those soon to come to The CJM. These local artists will make you put all conversations on hold and dance in The Museum’s Gallery. Their music will surprise and delight you. Sonny Smith Prince Nedick & The Conks featuring Sonny Smith – Back in the Day (I Can’t Stand It). . . Happy Fangs – Hiya Kaw Kaw Carletta Sue Kay – Joy Division Whiskerman – Fair Mind, Maker, Weeper, Babe Kelly McFarling – Distractable Child Jesse DeNatale – I Hear Your Voice David Berk
Post a Comment
Read more

Lindsey White and What's "In That Case" 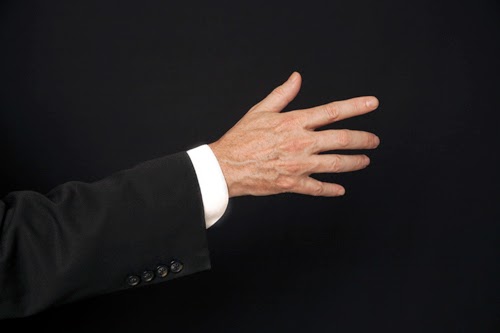 Lindsey White,  Steal Ditch Switch , 2014. C-print, 2014     Artist Lindsey White was interviewed by CJM Associate Curator Lily Siegel about what is going on  In That Case:  Havruta  in Contemporary Art . White is the first artist to participate in this collaborative series. She chose to work with Los Angeles-based comedian and performer Ron Lynch. Both artists have an affinity for challenging expected modes of visual presentation.  What is the most exciting part of In That Case for you? Most people don’t think about artists as being researchers, but we are. Artists are always asking funny questions and stealing time from various people. So the chance to go above board and connect with one of my heroes is a singular opportunity.
Post a Comment
Read more

Installation of "In That Case: Havruta in Contemporary Art" 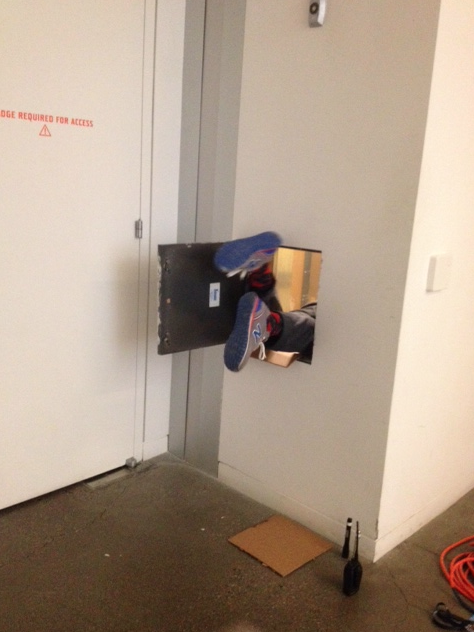 Installation of   In That Case   with Lindsey White and Ron Lynch  is under way. In That Case :  Havruta  in Contemporary Art  brings individual Bay Area artists together with a scholar, scientist, writer, or other thinker of his or her choice for a ten-week fellowship in creativity. The resulting collaborations will be presented in The Museum’s Sala Webb Education Center.
Post a Comment
Read more
More posts