By The Contemporary Jewish Museum - October 28, 2015
The screening series CLEAT (Cinematic Lo-fi Experiments in Art and Technology) is intended as both a cheeky riff on The CJM's NEAT: New Experiments in Art and Technology exhibition and an expansion on some of its themes. Like NEAT, CLEAT features work by artists from three different eras, all bringing an active, creative approach to extant special effects technologies to bear on the stories they tell. 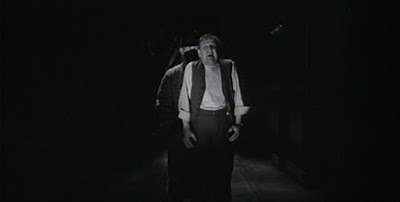 Coming at us from 1930, Roland West's fantastic mystery The Bat Whispers (October 29) throws its handmade aspect right into our faces. Its very first shot pans down from a miniaturized clocktower to the busy street below, smash cutting from a tabletop set representing street-level to an actual street, populated with actors and moving vehicles. Even a 1930, post-Melies audience likely saw through the illusion, but it registers as a powerful statement of intent, and we can't help but sign on for the ride. And it is indeed a ride, as West's 65mm cameras dart down streets, up stairs, and out of the shadows. There were less than a handful of movies that had been shot in widescreen by this time, and West's breakneck trip through his cheerfully artificial world still dazzles, even if he seems to be making up the rules of widescreen filmmaking as he goes.

A similar frenetic energy informs Darren Aronofsky's The Fountain (November 19). Beset with production problems, including losing half of the movie's budget, Aronofsky was forced to cut a number of corners, including dramatically reducing his special effects budget (a crippling blow to an ambitious fantasy, a third of which takes place in outer space, 500 years from the present). But Aronofsky and team turned to macro photography, an extreme close-up mode of photography used mainly in documenting nature, and photographing carefully selected and prepared chemical processes were able to create an imaginative spacescape that registers as more than credibly alien, and beautifully serves as an evocative setting for the poetic future sequences.
CLEAT wraps on December 17 with The 3 Worlds of Gulliver, which showcases the work of renowned special effects master Ray Harryhausen. Though Harryhausen is mainly revered as an animator, with monstrous creations that are the thing of movie legend, Gulliver showcases his creativity on other effects fronts. Positioning Gulliver (longtime Harryhausen cohort Kerwin Matthews) in the nations of Lilliput and Brobdingnag (where Gulliver, respectively, towers over/is dwarfed by the inhabitants) Harryhausen makes use of forced perspective, traveling mattes, and other photographic tricks to render his illusions seamlessly throughout the movie. And yes, there are a couple of stop-motion animated creatures, too.
In an era when nearly all movies (including those in non-fantasy genres) are touched by computer graphic imagery, movies that reveal their creators' hands through extensive use of analog special effects take on a charming, even moving, artisanal quality. Rather than tricking our eyes into accepting a digital reality throughout, these analog movies now seem to lay their cards on the table early on, inviting us to accept them on their own terms. And once we willingly suspend our disbelief these handmade worlds they engage us effortlessly, and more deeply, perhaps, than their digital counterparts.
____________________________________________________________________________________________________

About the Author
Cinephile-at-large David Robson holds a degree in theatre from the University of Virginia. A long-time fixture on San Francisco's film scene, Robson has worked as the Artist-in-Residence Program Coordinator at Yerba Buena Center for the Arts (where he worked extensively with CJM Chief Curator Renny Pritikin) and, more recently, as Editorial Director for movie recommendation site Jaman.com. He has written on film aesthetics and history for a number of online sources—the best place to start would be his own irregularly-updated fantasy film blog The House of Sparrows or, if you're feeling weird, with those adorable simian cinephiles at the Tumblr site Monkeys Go To Movies.
batman curator film film curator gulliver movies the fountain